You could do much, much worse right now than listen to Lambchop’s ‘Every Child Begins the World Again’ from ‘The Bible’. Truly. 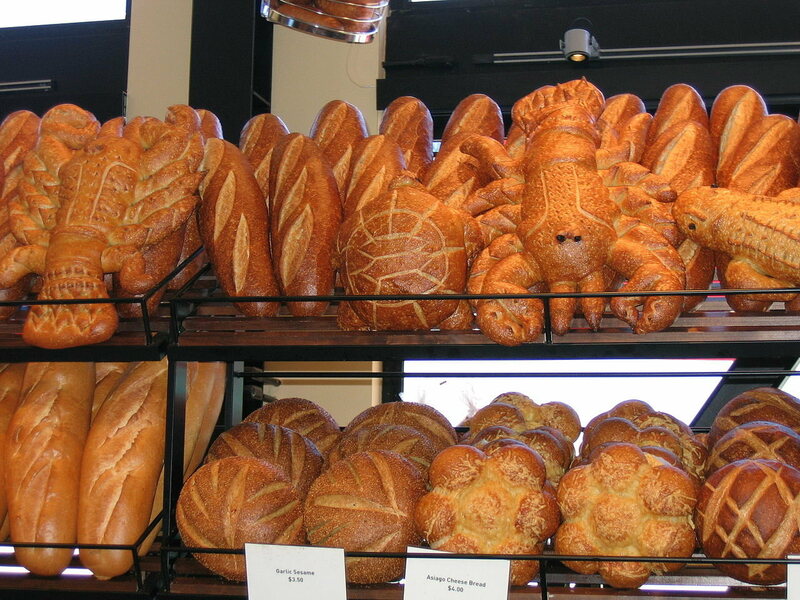 ‘looking at New York again, in the high white February sunlight, the childishly euphoric climate; looking down Second Avenue, where herds of vehicles go charging one way all day long disappearing into the sky at the end like on a prairie; looking up a side of skyscraper, a flat and flat and a long and long, and the air drops down on your head like a solid. Like a solid too the air that slices down between two neighbor skyscrapers. Up in the winder sunlight the edge of such a building far up is miraculously intense, a feeling like looking at Egyptian sculpture. Down in the streets the color, the painted colors are like medieval color, like the green dress of the Van Eyck double portrait in the National Gallery, intently local and intently lurid. And New York clothes — not a trace of charm, dressing is ritualistic like in Africa (or the Middle Ages); the boys are the most costumed; dressed men and women look portentously maneuverable; one set looks more dry-cleaned than the other, and those count as rich. New York is all slum, a calm, an uncomfortable, a grand one. And the faces on the street by day: large, unhandsome, lumped with the residue of every possible human experience, and how neutral, left exposed, left out unprotected, uncommitted. I have never seen anything so marvelous.’ 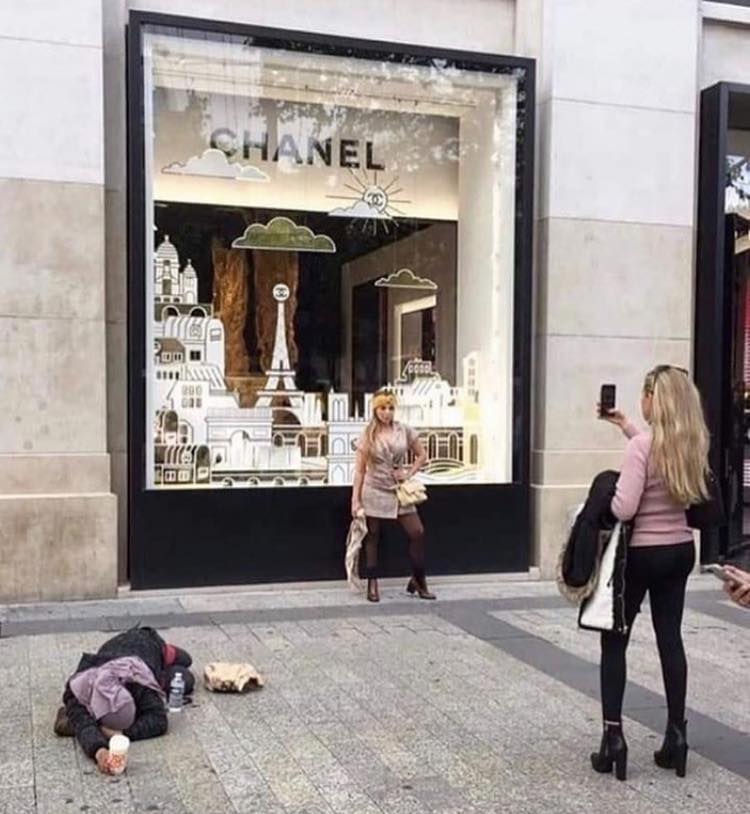 ‘Because my company has been virtual for more than 10 years. Every one of my 10 people works from home. Sure, the overhead is low. But you know what? I miss an office. My company suffers from not having one. We have no culture. We rarely see each other as a group. We are not really a team, and lack bonding or social connections. We miss out on extemporaneously sharing ideas. Our innovation suffers. As a result, the value of my business suffers. I know I’m not alone in this.’

I can only add, as rhetorical questions: who gains, if employees only ever call each other about work, never have a chat by the coffee maker, never have a beer after work, never see the sad face of a co-worker and ask: ‘What happened?’

How to De-Stress with Niksen, the Dutch Art of Doing Nothing:

‘Niksen is not doomscrolling through social media or streaming whole seasons of shows. Niksen is intentional purposelessness, the opposite of distraction, like meditation but without the postures and instructions and classes and retreats and so forth. Anyone can do it, though it might be harder than it looks. Gottfried quotes Ruut Veenhoven, sociologist and professor at Erasmus University Rotterdam, who says niksen can be as simple as “sitting in a chair or looking out the window,” just letting your mind wander. If your mind wanders to unsettling places, you can try an absorbing, repetitive task to keep it busy. “We should have moments of relaxation, and relaxation can be combined with easy, semi-automatic activity, such as knitting.”’ 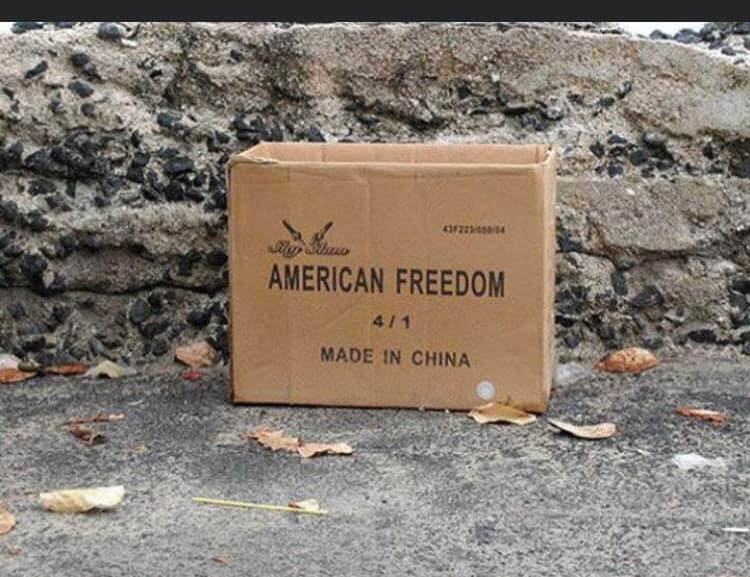 ‘How differently the Greeks must have viewed their natural world, since their eyes were blind to blue and green, and they would see instead of the former a deeper brown, and yellow instead of the latter (and for instance they also would use the same word for the colour of dark hair, that of the corn-flower, and that of the southern sea; and again, they would employ exactly the same word for the colour of the greenest plants and of the human skin, of honey and of the yellow resins: so that their greatest painters reproduced the world they lived in only in black, white, red, and yellow).’

Weird, if correct. But it explains the ‘wine-dark sea’ I guess? But maybe not:

‘Today, no one thinks that there has been a stage in the history of humanity when some colours were ‘not yet’ being perceived. But thanks to our modern ‘anthropological gaze’ it is accepted that every culture has its own way of naming and categorising colours. This is not due to varying anatomical structures of the human eye, but to the fact that different ocular areas are stimulated, which triggers different emotional responses, all according to different cultural contexts.’

— Can we hope to understand how the Greeks saw their world? 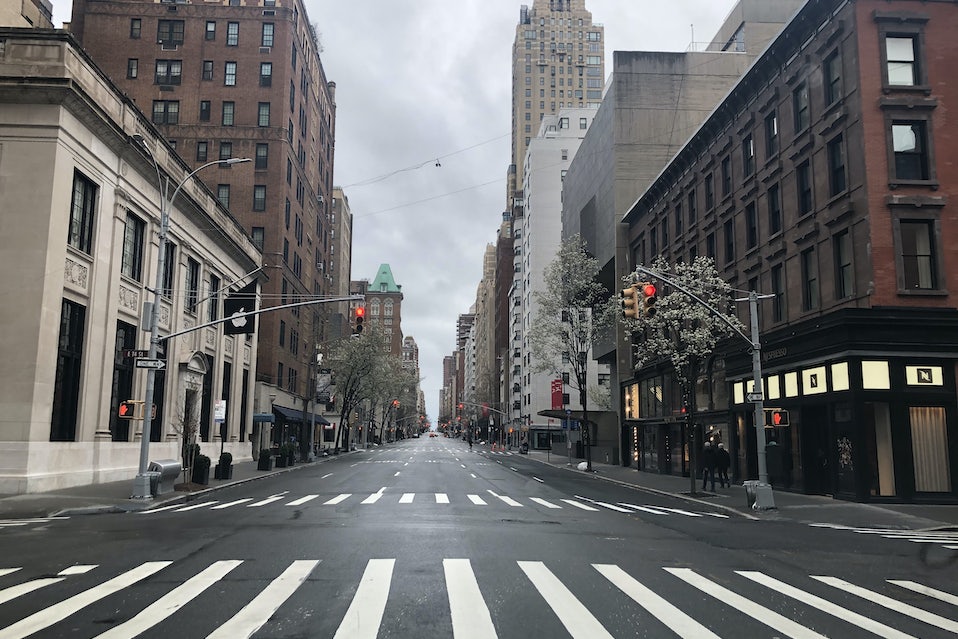 New York Dropped Dead, and Some People Loved It

And the many who buy and sell people, believing everyone can be bought, don’t recognize themselves here.
Not their music. The long melody that remains itself in all its transformations, sometimes glittering and tender, sometimes harsh and strong, snail trails and steel wire.

‘But I would never apologize for photographing rocks. Rocks can be very beautiful. But, yes, people have asked why I don’t put people into my pictures of the natural scene. I respond, “There are always two people in every picture: the photographer and the viewer.” That usually doesn’t go over at all.’

Which is — actually — quite profound, once you think about it. Did old Ansel read up on contemporary French thought or something? 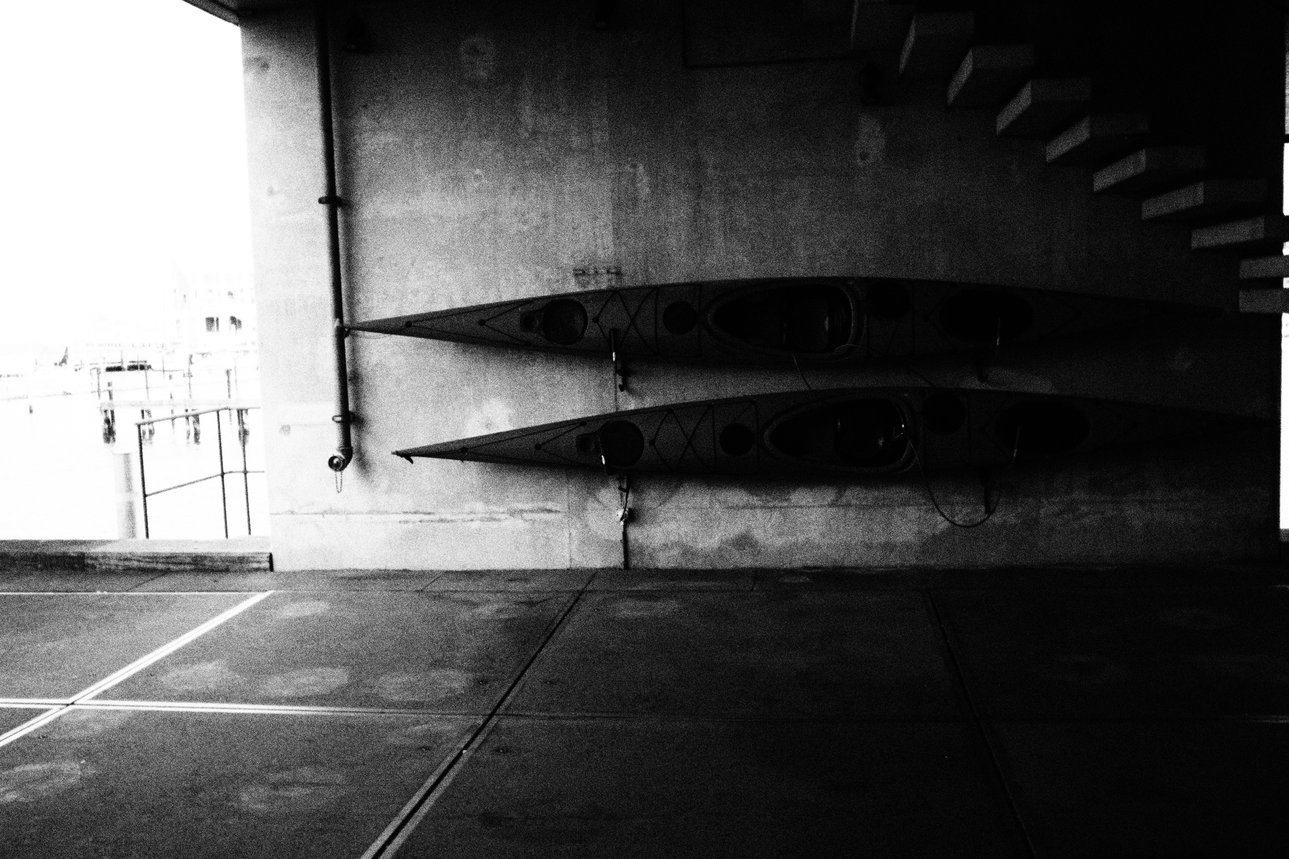 Haggis pakora is a Scottish snack food that combines traditional Scottish haggis ingredients with the spices, batter and preparation method of Indian and Pakistani pakoras. It has become a popular food in Indian and Pakistani restaurants in Scotland, and is also available in prepared form in supermarkets.

Sounds … interesting, does it not?

Am I the artist? 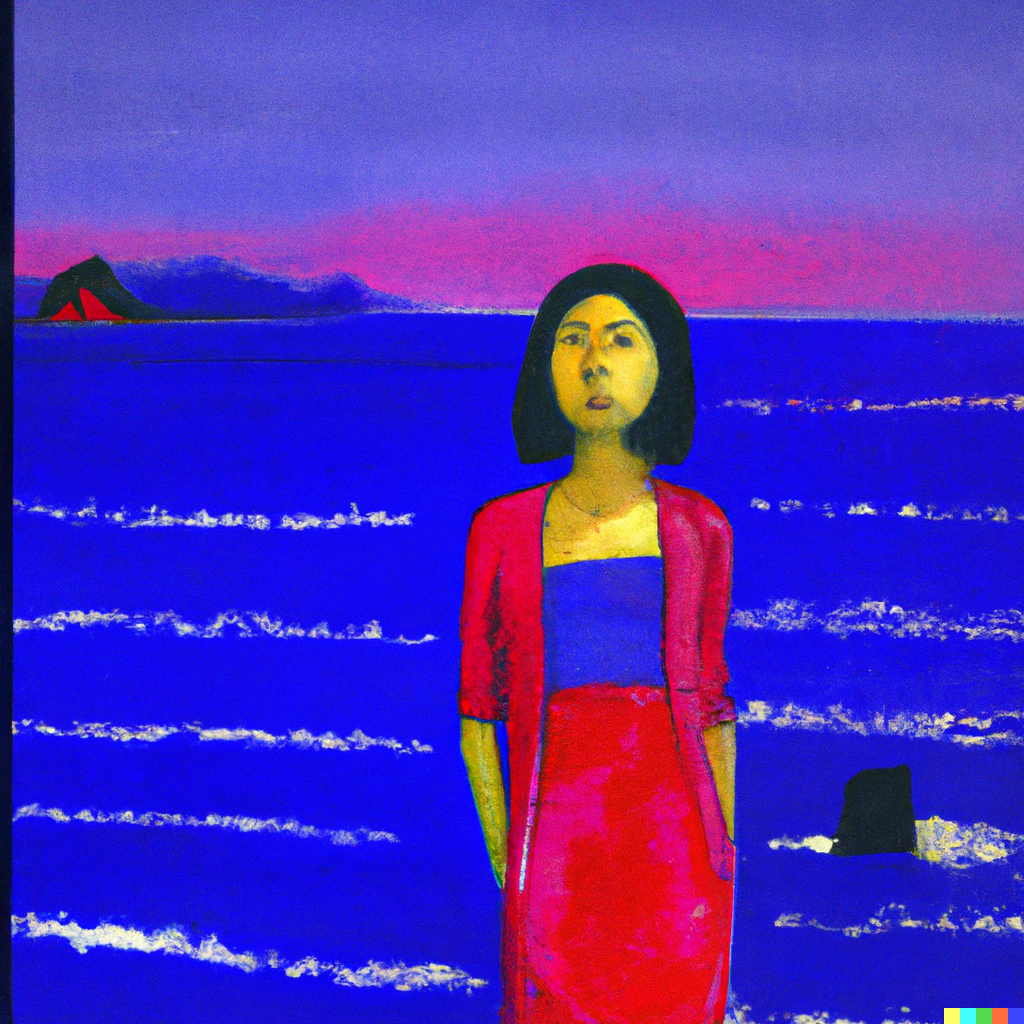 But realistically, the term is more likely to validate managers who think that their employees are slackers than to help ordinary workers reclaim their soul. The sheer number of quiet-quitting articles from the perspective of bosses in The Wall Street Journal and Bloomberg strongly suggests that the term is current among managers too. It offers a convenient explanation for ostensibly lazy workers. Complex questions such as “Am I running my team effectively?” and “Is hybrid work actually working out for us?” can be reduced to the confident diagnosis that young people just don’t want to work.

Nothing that was not already said by, say, Paul Lafargue. We owe our bosses nothing. 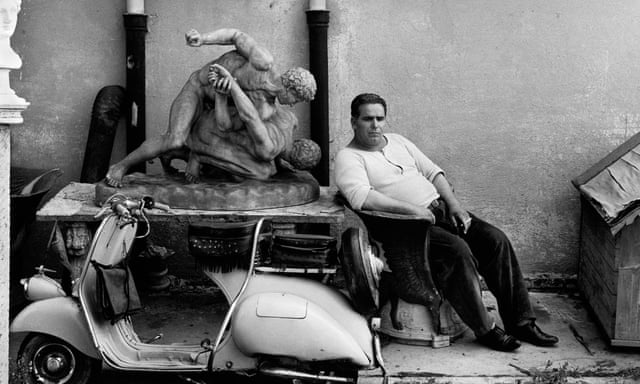 ‘While being translated might be a small victory for a writer working in English, it is a kind of consecration for a writer from the Global South. The market for foreign works is so slim that what gets translated is usually tailored to a particular kind of American reader — one who reaches for Latin American literature to encounter difference, or maybe to feel morally righteous for reading about the misfortunes wrought by an American government she doesn’t support. Such a reader is not looking for “universal” subjects, but for “authentic” representations of poverty, cartels, and border crossings. As a result, Latin American writers find themselves straining to cater to demand — putting on the poncho, adjusting the sombrero, and talking about the agrarian revolution or the narcos, as Mona puts it. Throughout its history, Latin American literature has been molded by translation, marketing, and distribution in the U.S. and Europe. Its waves of popularity in the mid-20th century crystallized a logic that persists today: Latin American literature can be popular overseas, but only if it closely tracks how an American reader sees, or does not see, the region’s political significance.’

I, myself, giggled a bit years ago when a Danish music reviewer threw a hissy fit over an Indonesian heavy metal band. The nerve: don’t they know it is only to be gamelan for them, for ever?

‘“A developed country is not a place where the poor have cars. It’s where the rich use public transportation,” says Colombian politician Gustavo Petro. His quote rings especially true when considering Tokyo’s trains. Its rail system is an equalizer between rich and poor. It’s usually the fastest way to get from A to B within the city, it’s affordable and everyone uses it. There is no stigma attached to riding the train, it’s simply the standard.’ 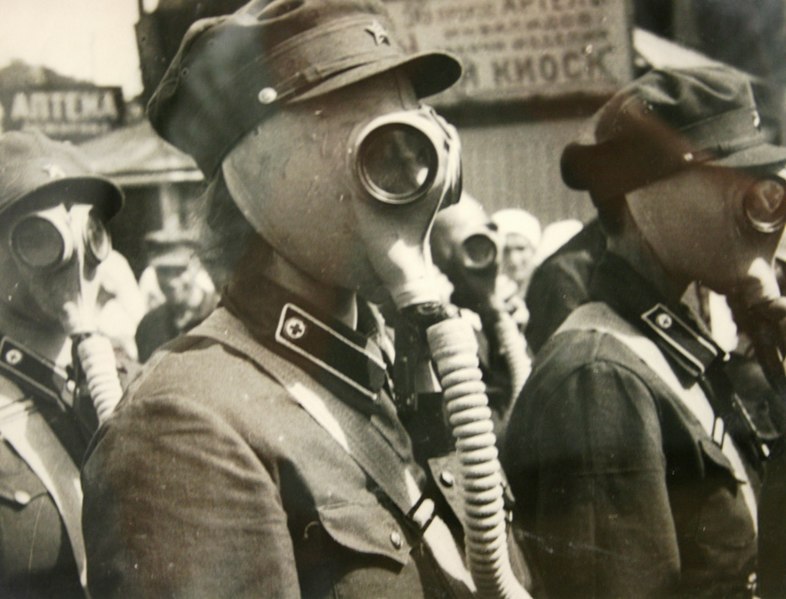 ‘It is also November. The noons are more laconic and the sunsets sterner… November always seemed to me the Norway of the year.’

London, probably 1978 (I remember a lot of regal souvenirs being sold). Rain, lots of rain. We stayed where we could afford it: a run-down hostel in Earls’s Court. Most of the other guests were, we found out, there for the long run. Eating in an all-you-can-eat pizzeria somewhere near Chelsea (before Chelsea became the current Chelsea). But buying records up and down Tottenham Court Road. Gawked at the punks: there was not a lot of them, but we had not seen that kind of thing back home, yet. I did see a girl with spiky black hair and weird piercings that fall, right here in Copenhagen. London before Cool Brittania. The homeless sleeping in doorways around Piccadilly Square (but perhaps they still do?) Gray and wet, closer to the postwar years than to the glitter that finance capital brought later. And now this book that I should probably buy: Souvenir.

‘Rien faire comme une bête, lying on the water and look peacefully into the heavens, “being, nothing else, without any further determination and fulfillment” might step in place of process, doing, fulfilling, and so truly deliver the promise of dialectical logic, of culminating in its origin. None of the abstract concepts comes closer to the fulfilled utopia than that of eternal peace.’

‘Less often remarked upon, however, is the fact that Sebald’s books are virtually impossible to remember precisely, which is only an apparent paradox given that the main theme in his work is memory.’

— Near-Coincidences: Digression and the Literature of the Age of the Internet

‘To be modern is to find ourselves in an environment that promises us adventure, power, joy, growth, transformation of ourselves and the world – and at the same time that threatens to destroy everything we have, everything we know, everything we are. ‘

‘We could call this strange geography created by technology “AirSpace.” It’s the realm of coffee shops, bars, startup offices, and co-live / work spaces that share the same hallmarks everywhere you go: a profusion of symbols of comfort and quality, at least to a certain connoisseurial mindset. Minimalist furniture. Craft beer and avocado toast. Reclaimed wood. Industrial lighting. Cortados. Fast internet. The homogeneity of these spaces means that traveling between them is frictionless, a value that Silicon Valley prizes and cultural influencers like Schwarzmann take advantage of. Changing places can be as painless as reloading a website. You might not even realize you’re not where you started.’

‘The most tragic form of loss isn’t the loss of security; it’s the loss of the capacity to imagine that things could be different.’